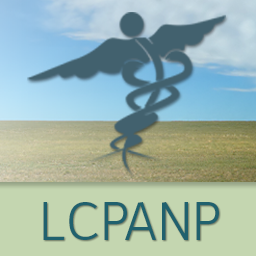 Posted over 6 years ago by Mary S. Johnson

We are making history!!

For the first time in more than two decades, legislation that would allow ARNPs to prescribe controlled substances is moving through both chambers of the Florida Legislature.

Yesterday, HB 281 sponsored by Rep. Cary Pigman (R-Sebring) passed the House Health & Human Services Committee in a 13-4 vote. It is now ready to be placed on the calendar for a full House vote.

On Tuesday, the Senate version of the bill also passed a key committee, the Senate Regulated Industries Committee. SB 614, sponsored by Sen. Denise Grimsley, passed the committee in an 8-2 vote.

Both bills would allow ARNPs and physician assistants to prescribe medically necessary controlled substances under the supervision of a physician. They could not, however, prescribe medications in a pain management clinic.

Both bills would require the Board of Nursing establish a committee that would determine the list of controlled substance medications that ARNPs could or could not prescribe.

The FNA was among the many organizations that have publicly supported this legislation during their committee stops. The massive list of supporters includes AARP, the Florida Chamber of Commerce, the Florida Hospital Association and the Florida Health Care Association.

On another note, the FNA has been closely watching bills that allow psych-certified ARNPs to initiate Baker Act proceedings and release individuals from health system- or hospital-owned facilities. HB 335 and SB 476 would redefine a psychiatric nurse who works in mental health care settings. Current law requires these psychiatric nurses to have be licensed as an RN and have a master's or doctorate degree in psychiatric nurse. The legislation would require them to be an ARNP with certification as a mental health advanced practice nurse.

The FNA has reached out to stakeholders at hospitals, universities, mental health facilities, and nurses to fully evaluate the impact of this bill. We have also researched current law, reached out to the American Nursing Credentialing Center and the Board of Nursing. The FNA is taking a neutral position on this bill due to the indeterminate effects on a limited number of psychiatric RNs while at the same time recognizing that ARNPs will finally have new responsibilities added to their scope of practice.

We appreciate your interest in these bills that affect the nursing profession. Thanks for being a member of FNA.